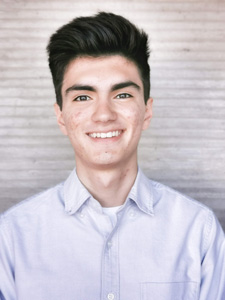 Though the phenomenon of solar wind has been studied for years and we have data regarding its composition, velocity, and temperature, among other things, there is still much to learn about its evolution and how its internal forces interact. Our team aimed to create an empirical model that can accurately predict the behavior of variables such as plasma density, temperature and velocity in the solar wind as a function of distance from the Sun. We created two different models, one using a Markov Chain Monte Carlo system, and another using gradient descent. By comparing results against a database of previously recorded solar wind measurements, parameters in a starting equation are allowed to randomly change, and the best fitting model is iteratively chosen. These results will not only give insight into the evolution of solar wind, but they will pave the way for other, more advanced techniques to produce more accurate models. Additionally, understanding the evolution of solar wind will provide guidance on the design of instrumentation to be launched in future space missions.