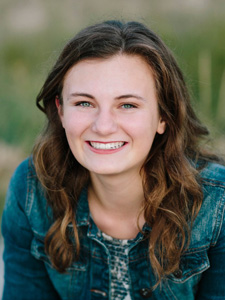 Inflammatory Bowel Disease (IBD), a term that is used to generalize Ulcerative Colitis (UC) and Crohn’s Disease, is a disorder that involves chronic inflammation in the digestive tracts. UC is restricted to the colon, while Crohn’s disease can involve all segments of the GI tract. The pathogenesis of IBD is still unclear but several proposed mechanisms are being investigated which lead to a loss of homeostatic host-microbe interaction in the GI tract. Our study focuses on one of those mechanisms whereby a mutation in a gene that encodes an NADPH oxidase called Duox2 might lead to a loss of host-microbe homeostasis in the gut. In addition, we aim to better understand the possible environmental and hereditary factors that may contribute to IBD. Our study aimed to recruit 100 sibling pairs to take a survey that asked questions about diet, sleep, exercise, and their living environment. One of the siblings had IBD while the other was a control subject. Each sibling pair had a first degree relative with IBD, indicating a possible genetic component (e.g., Duox2 mutation). There was a parallel study conducted in Taiwan to also compare differences in ethnicity. Through our survey, we predicted that results will show trends among families who have IBD. The second phase of the study, identified patients who may be more likely to have a mutation in the Duox2 gene by screening for congenital hypothyroidism known to share a common genetic risk gene in Duox2. By collecting a blood and stool sample from families, we predict that we will be able to better understand the determinants of genetics, environment, and gut microbiota in the pathogenesis of IBD.