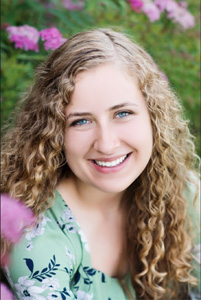 The Hispanic population is projected to compromise 29 percent of the total US population by 2060 (Colby & Ortman, 2015). Consequently, the Spanish language is finding itself in the spotlight more often than ever before. Understanding how Spanish-English bilinguals communicate can help inform teaching methods for language-learners and curb social taboos that impact Hispanic populations. This study aims to understand the effect of social and grammatical factors on code-switching in Spanish-English bilinguals. Through the use of Qualtrics surveys, bilinguals of varying proficiency levels rated sentences based on how “good” they sounded. They were shown an image and four corresponding sentences: two that were code-switched where one was grammatical and one ungrammatical, and two non-code-switched sentences where one was grammatical and one was ungrammatical. As predicted, ungrammatical sentences were rated more poorly than their grammatical counterparts. While its cost was not as great as that of the grammaticality of the sentence, sentences that contained a code switch were rated more poorly than those that did not. This could be chalked up to the fact that there is a negative connotation associated with code-switching in regions of the US; those that code-switch may face social isolation or pressure against their language use. Understanding this concept through data will allow us as a society to better address this stigma. The data also gives us a more comprehensive understanding of how bilinguals communicate. This can be used when developing more applicable teaching approaches for those that are learning Spanish or English as a second language.