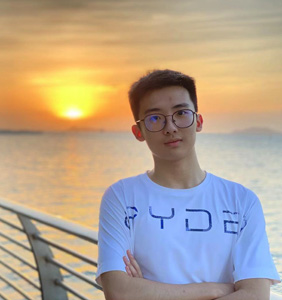 Our research focuses on methods of studying how causativity of verbs affect our processing of them and therefore our reaction time, and how these reaction time effects can be isolated from other sentence processing effects like general lexical prediction. In a previous study conducted by Dr. Levinson, it was found that there is an added level of complexity in transitive variants of causative verbs as compared to transitive variants of non-causative, or activity, verbs. This was concluded by measuring reaction times in self-paced reading tasks of sentences with verbs of transitive and intransitive, as well as causative and non-causative variants. For example, a causative transitive verb appears in the sentence “The sun melted the ice”, whereas an example of a causative intransitive verb appears in the sentence “The ice melted”, which differs from an activity verb, such as “ate”. The complexity of causative verbs vs. non-causative verbs is something that has long been debated, and helps to better understand linguistic processing. Our research mainly focused on using different methods of studying this causativity phenomenon other than self-paced reading tasks, as well as determining the best methods for disentangling verb representations from lexical confounds. The new method we used to study the effect of verb causativity on reaction times is the maze task. In the maze task, participants are given two options for words on the screen, a correct continuation and a distractor word, and must choose the right words to get through the sentence. This method allows us to see a greater effect because the reaction times are longer, due to the nature of the task. We were able to run a similar study as the previous one using a maze task, and saw similar results, but also discovered some new effects that can be explored further in future studies. When determining how to best distinguish the processing cost of the added complexity in the causative condition from other factors such as frequency-based sentence continuations, we computed the surprise and entropy of the sentences. Surprisal and entropy measure how listeners might predict the coming words in the sentence. In doing this, we were able to show that there was an effect of the added causativity that went beyond basic predictions the participants might have had about the words in the sentence, and this made our evidence for the phenomenon even stronger.