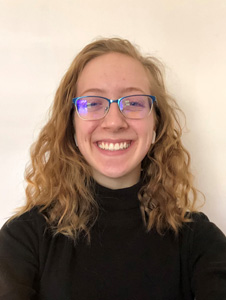 As described by Taylor and colleagues (2000), the tend and befriend theory suggests that women are more likely than men to show affiliative responses when stressed. For example, women may use affiliative language, such as the word “we”, to create or maintain social connections (Slatcher et al., 2008). However, others expanded on this theory and argued that men may also affiliate when stressed (Geary & Flinn, 2002). In the current study, we will examine whether men and women show different associations between changes in cortisol, a physiological stress marker, and affiliative word use. Previous studies show mixed results: in some studies, men affiliated more than women when their cortisol was higher, in other studies women affiliated more than men (Berger et al, 2016; Sherman et al., 2016). To examine the association between changes in cortisol and affiliation, the current study looks at heterosexual couples performing the fast-friends task (Aron et al., 1997); this closeness-inducing discussion task contains questions that progressively increase in levels of self-disclosure in comparison to a “small-talk” discussion that is designed to elicit less self-disclosure. We will measure participant cortisol levels before and after the discussion task and analyze their language during the discussion to measure affiliative word use. We will also explore differences in affiliative word use in the high and low self-disclosure conditions. We expect to find that both men and women who show cortisol increases will use more affiliative words in the discussion task. We also expect that women and those in the high self-disclosure condition will use more affiliative words in comparison to men and those in the low self-disclosure condition.