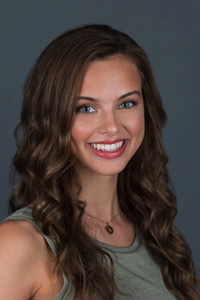 The purpose of this study is to investigate how microscale features of built and social environments (BSEs) indicating physical and social disorder contribute to increased risk of stroke. The extent of neighborhood physical and social disorder is expected to have a positive correlation with increased risk of stroke, assuming that these features indicate less safety and less social cohesion in a neighborhood. If participants perceive that a neighborhood is an unsafe place to exercise outside, there will be lower levels of physical activity, contributing to higher risk of stroke. This study utilized participant data collected from the REasons for Geographic And Racial Differences in Stroke (REGARDS) cohort, a national sample of adults over the age of 45 including oversamples of African American participants and participants living in the stroke belt. Using Google Earth and a subsample of participants (n=1,200), the physical and social disorder surrounding each participant’s home was characterized based on a series of metrics. The results of each environmental audit were then compared using chi-square tests to determine if a statistically significant relationship between stroke risk and each feature exists. Sixty-two percent of the participants in the case cohort sample had a prior stroke. Over two-thirds of participants’ neighborhoods had no abandoned buildings, graffiti, buildings with broken/boarded windows, or extensive disorder, and less than half had unmaintained fields/lots. None of the tests of association between stroke and measures of disorder were significant.