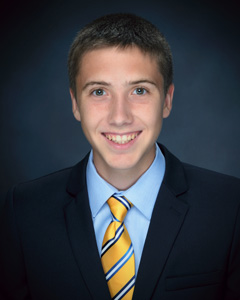 Among scholars, there is a consensus that movie theaters catering to African American audiences in the United States operating in the 1920s, 30s, and 40s were characteristically sub-par to theaters catering to white audiences. The dominant narrative in media history maintains that so-called Black theaters were always last-run (in other words, they did not receive movies until all other theaters had finished screening them), with less sophisticated architecture and decor than theaters predominantly for white patrons. In short, every element of Black movie-going during this period–from theater location to its decor and the contents onscreen–is understood to have reminded persons of color of their second rate citizenship in Jim Crow America (to paraphrase seminal exhibition scholar Douglas Gomery). However, characterizations such as these are extremely limiting and do not adequately account for the range of theater-going experiences available to African Americans. This is especially true in cities in the American Midwest and Northeast, including Detroit, Chicago, Baltimore, and Washington D.C., which contained what is best described as Black movie palaces, providing most of the luxuries of deluxe theaters catering primarily to white audiences and operating on an ideology of cultural uplift. These theaters and their functions within the social-cultural experience of their specific cities are at best understudied and at worst, neglected. To date, only one of these theaters– the Regal Theater in Chicago–has been the central focus of scholarly work. Therefore, my presentation provides a grounded historical analysis of another of these theaters, the Paradise Theater in Detroit, which has never before been studied at length. Specifically, I will discuss the programming in the theater, specifically the acts that were booked and the significance of the Paradise Theater’s all-African American stage show policy. In addition, I will discuss the Paradise’s beginning as a “mixed-race” house, with the intention of catering to both white and Black audiences and discuss how factors such as the Detroit Uprising of 1943 led to the Paradise receiving primarily Black patrons, especially in the latter half of its existence. Therefore, I will delve into the Paradise’s role from then on as a space specifically meant for and attended by Black people. Finally, I will examine the philanthropic efforts of the Paradise Theater, especially through its connection with the neighboring Black community known as Paradise Valley.