Buzz Alexander was a professor of English at the University of Michigan, the founder of the Prison Creative Arts Project (PCAP) through the College of Literature, Science, and the Arts, and, as a foundation to it all, a firm believer in the power of social justice. From teaching classes on human cruelty (the Holocaust, the Vietnam War, etc.) to working with prisoners in the state of Michigan’s prison system to give them the chance to express their humanity and creativity, Alexander was able to start a movement. We’re still feeling the ripples of that movement even after his passing on September 19th, 2019. 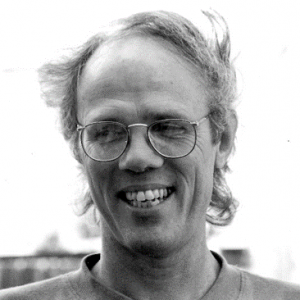 I sat down with Alexander’s widow, Janie Paul, to discuss his work and his influences on people both inside and outside of PCAP. Paul was a professor at the Stamps School of Art and Design for several years and contributed to PCAP by taking her students to do art workshops in prisons, so she has quite a bit of her own hands-on experience in PCAP. Paul was able to paint a picture of Alexander that clearly demonstrated his passion for justice and creativity as well as his respect for all individuals, ranging from students to incarcerated peoples. More than anything, I could tell from the way Paul spoke about Alexander that he had a profound impact on both the people he worked with and the work itself. It was Paul who described to me the ongoing effects of Alexander’s social movement.

Alexander’s interest in social justice started early. His influences included Paolo Freire, specifically Freire’s book Pedagogy of the Oppressed, and Myles Horton, the author of The Long Haul: An Autobiography and the founder of the Highlander Research and Education Center, a center in Tennessee that trained some of the earliest American civil rights leaders. “If you look into what [Freire and Horton’s] philosophies were, it’s a good background for where Buzz came from,” Paul said.

In particular, Alexander was interested in using Freire’s concept of critical pedagogy in his teaching. Critical pedagogy is a method of teaching where the learning is centered in the student rather than the teacher. The way Alexander and Paul taught involved having students read texts and ask questions. They would act as facilitators for the questions, encouraging critical dialogue among the students to find answers for one another. For example, during class discussions in Alexander’s classes about incarceration, Paul said that Alexander “would make the students struggle to get at the meaning of what they were reading and learning. He didn’t [just] tell people anything. He facilitated the dialogue.” In other words, Alexander encouraged people to ask questions, but rather than give straight answers, he would provide the means for other students to be able to respond.

In the 1980s, Alexander got his start in theater in Peru while he was on sabbatical. There, he worked with street theater groups, performing work centered on health education in peasant communities. “He really saw the benefits of theater in terms of education and reaching people,” Paul said. Alexander’s experiences with street theater would later translate into his work with PCAP. Before that, upon his return to Ann Arbor, Alexander formed the Pinkertons, a locally-based street theater group that no longer operates. Though the Pinkertons was in action before Paul met Alexander, she mentioned one story where the State Theater had an issue regarding labor practices with the projectionists. The Pinkertons responded by performing right outside of the State Theater. “They eventually did some good,” Paul said.

Although Alexander may not have been the best actor, he didn’t need to be. His real talent lay in his facilitation of theater workshops, which allowed the participants to present their stories and create work that was meaningful to them. This funneled from Alexander’s teaching, which so many students have spoken about, evident in the many obituaries available following his passing.

During Alexander’s education, his fascination always lay in the novel. He first pursued an English degree at Harvard, then obtained a degree in Classics from Cambridge, and finally returned to Harvard for a Ph.D. Studying the novel was an apt choice because Alexander always loved good writing. That showed in his work with PCAP; according to Paul, all of Alexander’s work in the program “had to do with narrative.” Connecting and at the core of everything Alexander did was that interest in narrative.

All of the theater work in PCAP is improvised and based on a structure the participants, as a group, have established. They start out with theater games and exercises, then move on to character interviews, and finally = develop a play that comes from everyone’s personal experiences or fantasies. As a result, some of the work is funny, while other parts are serious.

The PCAP environment sounds, more than anything, collaborative and engaging. It’s always so interesting to see what other people want to contribute because it’s often things you don’t expect them to say, or bring up, or present. It’s fascinating to see how other people’s brains work in that way.

Paul told me that most of the people running the theater workshops aren’t trained actors, and some even have no theater experience at all. That’s because formal theater training is unnecessary. Learning how to work with incarcerated people and bring out their stories is more important. That’s also not something you need to have prior involvement in to join PCAP. Even trained actors will need to learn the tools necessary to work in the program. In that way, everyone’s starting on a level playing field.

When Alexander started PCAP in the 1990s, “I don’t think he knew how huge it was going to get,” said Paul. “But I think in his essence he was a political organizer and he wanted to create a movement, which he did. I don’t think he would’ve said when he [started PCAP] that he wanted to create a movement, but what he did, the way he taught, made students so invested in social change that there are now over 350 PCAP associates. Most of them are [still] doing social justice.”

The PCAP associates Paul mentioned are alumni of the program. The fact that so many of them are still involved in social justice speaks volumes about Alexander’s ability to mobilize his students toward change. He had a way of getting people to “situate themselves in relationship to whatever issue they were dealing with,” Paul said. This manifested in him getting people to see evil in all forms, even before PCAP, especially in the classes he taught. Paul stated that Alexander had people examine the worst problems perpetuated by humanity, and his teaching enabled people to situate themselves in relation to those problems.

This approach allowed students to learn about incarceration in a way that felt much more real than simply reading about it. It wasn’t just theoretical, a situation where a student would memorize statistics and keep a mental distance from the topic. Instead, it became real, and students would experience significant struggles, asking themselves, “What am I going to do about this? How do I relate to this problem?” That’s why the community of PCAP associates has grown so large. It’s impossible to walk away once you’ve become a part of it. 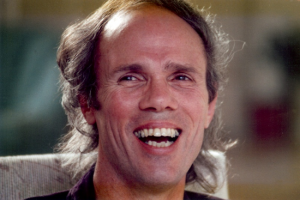 As much as Alexander and PCAP might have had an impact on the inmates in the program, then, the students were also deeply affected. More than two hundred people from across the country attended his memorial on January 19th, 2020. Many of those people were PCAP associates, and she learned that many of them, even after their graduation from the program, were continuing to participate in what she called “great change work.” Alexander’s critical pedagogy led to that legacy.

Adding on to that legacy as part of Alexander’s organizing effort is a PCAP alumni associates’ newsletter to keep in contact with people who’ve been involved in PCAP as well as send out regular updates. He would reach out to various associates to find out what they were up to and fill the newsletter with such updates, maintaining a tight network. Paul described the group as “very solid,” even telling me they organized a gathering to meet up during the week of Alexander’s memorial service. PCAP was a very social community under Alexander; potluck dinners, celebration, and group reflection were regular occurrences. Even now, the community continues to support one another and find ways to continue the kind of work Alexander was all about. This all is what Paul means when she calls Alexander’s legacy a movement.

Each year, PCAP puts on an exhibition of work produced by Michigan prisoners, which has, according to Paul, “affected thousands of people in the Michigan Department of Corrections.” The work in the exhibition is drawn from a narrowed-down pool of about 28 prisoner artists. The exhibition, which was something Alexander and Paul started together, has positively affected the incarcerated people and even, as Paul asserted, the Michigan Corrections Department. She amended that the changes installed in the Corrections Department as a result of the exhibition haven’t occurred on a major level like affecting policy, but certainly on a more base level, people in the system have become more aware of how important art is as a humanizing device. This year marks the twenty-fifth installation of the exhibition. The PCAP 25th Annual Exhibition of Art by Michigan Prisoners will be held in the Duderstadt Center March 18th-April 1st. The public is invited to see all the work selected for viewing, with speakers – including a keynote talk to be delivered by Paul this year – giving speeches throughout those dates.

As influential as it was, PCAP was far from the only significant aspect of Alexander’s life. He also loved and wrote poetry. In his late twenties, he did a Fulbright in Italy, where he became fluent enough in Italian to work as the poet Roberto Synazi’s English translator. Alexander was also interested in and taught film. His book Film on the Left was about the radical American documentary filmmakers of the 1930s. Alexander’s knowledge spanned a wide array of genres, but the themes of social justice and narrative can be seen running through each of his pursuits.

Alexander accomplished a lot in his life. From teaching to PCAP workshops to more personal activities like writing poetry, he was certainly multifaceted. After talking to Paul, though, I believe that one of the most important of Alexander’s accomplishments, and perhaps one not immediately obvious on the surface, has been his ability to affect people and create positive change. It’s truly an impressive soul who can inspire a movement with their life’s work. And that’s exactly what Alexander did.