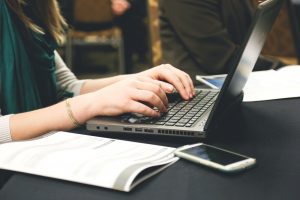 Written communication is a skill I’ve been practicing since the third grade. I distinctly remember sitting at my desk eleven years ago, pencil in hand, scribbling down a few paragraphs about why owls were my favorite animal. As the years passed, the conversations I was having in my writing became more sophisticated, but its premise remained the same. Like my essay on owls when I defended my favorite animal backed by evidence — they’re cool because they’re nocturnal and have big eyes — my essays in college discussing the implications of gender and race in feminist poetry also require the same thought processes: choosing a position then discussing that stance backed by evidence.

The University of Michigan, like many other universities of its kinds, requires all incoming students to complete a First-Year Writing course that’s designed to prepare students for the academic writing they may encounter in their classes or even their future careers. “The University’s goals are determined by LSA and they focus on practices of inquiry, reading, summarizing, analyzing, and synthesizing other texts,” said Laura Aull, director of the English Department Writing Program at The University, in an interview. “[The program focuses on] analyzing how writers achieve what they do, developing strategies for the writing process, and then developing metacognitive strategies.”

Aull took over the role as director just last month, but she’s come into the position with a strong background in First-Year Writing through her years of research on similar programs at Wake Forest University. Through her experience, she has a good grasp of what works well in First-Year Writing courses and its benefits for students. “One thing that we know from research in higher education is that students who write regularly and who write what they feel are authentic genres have a higher level of academic and social development,” she said. According to Aull, the benefits of writing extend beyond students’ college careers and can be of use in their future endeavors. “Writers in all fields end up having to articulate their ideas and contributions,” she said. “One of my goals as the new director is to ensure that we are being attentive to the students who go on to many fields.”

Despite its proven benefits, many students view the First-Year Writing requirement as a chore and don’t envision it being useful in the foreseeable future. Sophomore Akshar Golakiya, a business student in the Ross School of Business, had high hopes going into his First-Year Writing course last year, but was disappointed by its lack of objectivity, a skill he believes is essential to a career in business. “I took an argumentative writing course because I thought it’d be very helpful, and I had to take it for a learning community. I found that it was not very helpful and was very subjective. I don’t think it made me a better writer at all,” he said in an interview.

Other students like sophomore Stephanie Reifman were able to gain valuable skills from their First-Year Writing experience. As a double major in communications and in biopsychology, cognition, and neuroscience (BCN), Reifman believes her First-Year Writing course sharpened her ability to reach her audience through storytelling. “I learned how to tell a story in a refutable way that used evidence, which I’ve [needed] in all my classes,” she said. While she was able to polish her storytelling skills, Reifman relied heavily on her previous writing experience and didn’t gain much insight on how to improve her writing as a whole. “I think my biggest takeaway [from English 125] was that I was a strong enough writer and was able to get the grade I wanted in the course using the skills I already had,” she said.

Aull is aware of this disparity among students coming to The University, and as new director, she plans on addressing these different levels of experience among first-year students. To do this, she wants to apply her previous research from Wake Forest University to The University’s writing program in order to gain more insight on the knowledge and perceptions of students coming to campus. “I want us to use the directed self-placement as a tool where we gather more information about incoming students,” she said. “I have already met with the Sweetland Center for Writing that oversees the directed self-placement, and one of the things I want to do is use that more as a way to know what students come in with and then be able to make institutional decisions that are responsive to that variety and are transparent about the differences.”

According to Aull, the problem is not students’ willingness to work hard in their First-Year Writing courses, but the lack of transparency in the expectations The University has for them. “A lot of students are absolutely willing to work hard, they just aren’t always clear on exactly what they need to do, so adding information gathering and transparency is one way to respond to that,” she said.

On top of accommodating students of all academic backgrounds, Aull also wants to make the First-Year Writing program more rewarding for students who may not be pursuing a degree in English. “One of my goals as director is to think about how First -Year Writing can better support students who are not going to be in another course with ‘ENG’ in front of the number,” she said. Aull believes written communication is essential to any field, whether it be writing grants, emails, or academic papers. “Writers in all fields end up having to articulate their ideas. [Students need to be] able to ask critical questions and able to represent other people’s ideas,” she said.

While there is a need to reach students with interests that don’t align with a traditional English course of study, the element of peer review in First-Year Writing courses appears to be working well. “It seems like something that students are invested in,” Aull said. “A lot of studies show the writer who’s commenting actually gets more from the experience than the writer who is being reviewed. And still means everyone benefits because you’re still going to be in the position of the reviewer at some point.”

Peer review can be a great tool to improve one’s writing via feedback, and many students find it helpful in improving their writing or improving how they communicate feedback to their peers. “I think I learned how to be a better peer critic,” said Stephanie Reifman.

Other students, however, believe the process of peer editing is not effective, mainly due to other students’ lack of interest in giving their peers thoughtful feedback. “I feel like a lot of the [students] in my class just did the peer reviews to [get the assignment done]. I don’t think anyone actually read what I wrote and gave me actual feedback,” said Emily Dershowitz, a second-year student studying computer science.

Although students’ experiences with peer review vary, its benefits extend beyond the classroom and can even prepare students for collaborative work they may encounter in their future careers. “I can’t think of an obvious field in which writing isn’t collaborative,” said Aull. “There are ways in which the individual writing process that gets a grade on an individual paper is really not representative of how writing works in the world, so in that way peer review can be quite helpful in that you gain the experience of knowing how other writers write and you collaborate with them.”

While students’ have varying opinions and experiences on First-Year Writing courses, one thing remains true: written communication is everywhere and is even engrained in our day-to-day lives. “Students already have a lot of language knowledge,” said Aull. “You make choices when you message your friends and when you write all kinds of digitally mediated forms of communication; you’re making rhetorical decisions. I’ve never met a student who hasn’t revised a text message. It’s not all haphazard. There’s a lot of thought and play and audience awareness.”

As the new director, Aull wants to emphasize the fusion of the language skills students know from their daily forms of communication with their academic writing. “I’d like to think about some more bridges between [academic writing and students’ existing knowledge] because there’s already so much interesting language knowledge there,” she said. On top of that, she’d also like to incorporate themes of civil engagement into the First-Year Writing Program in order to make the conversations in those classes relevant to the problems in the world today. “Right now I’m thinking about linguistic features of civil discourse: what does it look like to civilly engage with perspectives that are different from yours, and could we even say that in a moment in which people feel polarized that there are linguistic features that could allow us to come together a little bit more?” she said. “I think that First-Year Writing can be a space to think about that question.”

While the First-Year Writing Requirement has traditionally been a tool to sharpen students’ critical thinking and communication skills, Aull is working to not only improve the current structure of the program but also expand its goals. With her new ideas, the First-Year Writing Requirement can be a place for students to grow in their written communication skills and also their ability to collaborate with people of different backgrounds and opinions. This approach could be the answer to reaching more incoming students’ needs and making the requirement a more worthwhile and rewarding experience.