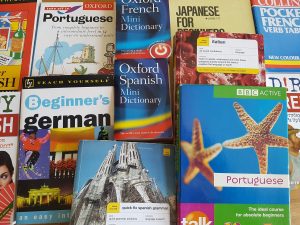 Last semester, for one of my English courses I read The Vegetarian by Han Kang.  The novel was originally published in 2007 in South Korea, Kang’s home country, and later translated into English in 2015, where a year later Vegetarian became the first Korean novel to win the Man Booker International Prize. Deborah Smith, the English translator of the novel, was also credited in the reward; however, controversy over the quality of Smith’s translation arose.  Despite Kang’s approval of the translated version, literary translator and professor Kim Wook-dong — who has translated well-known English-written novels such as Animal Farm and The Great Gatsby into Korean — pointed out the mistranslations that Smith had made, such as confusing “arm” (pal in Korean) for “foot” (bal).  Among other criticisms included the stylistic errors between the English and Korean version of Vegetarian.  Charse Yun, who teaches at Korea National Open University and Ewha Womans University in Seoul, wrote about how the tone of Vegetarian in Kang’s voice had been a “spare, quiet” style, which Smith took “significant liberties with” in translating the novel to English.

Translation is never a clean-cut process. In the case of The Vegetarian, while it had only been published less than a decade ago, my class held two different editions of the English novel.  We’d realized the contrast when referencing passages and discovered that half the class had their quotes on a different page.  The changes were minute, as the quotes were only ever one or two pages off, and ultimately, we still understood the story – the characters’ names were the same, the plot progressed identically, the gist was there. The Devil lies in the details, however.

This raises the question: how different is a translated novel from its original source? To which I answer, they are different novels. They are always different. “Translation is rewriting,” said Marlon Sales. “It’s impossible to have a 100% equivalence between languages.” Sales is a literary translator and professor at The University of Michigan, and he attested how he considers the source novel and a translated version of it to be separate pieces. “The very fact that we are human beings who are capable of interpreting and reading between the lines…suggests that even if we speak in one language…there will still be some room for deviations.”

Inevitably, each language carries its own idiosyncrasies; for instance, an expression specific to one culture may not translate smoothly into a different language.  The translator always must keep their intended target audience in mind when making any changes to a novel.  While you can never shoot for a one hundred percent accuracy rate, a translator should aim to be as faithful to the source as they can. You might ask, “Why?”  What does it matter if there are a couple sentences that aren’t perfectly accurate if the general concept of the story is understood?  I consider this an insult to the source author’s intentions of writing a novel. Altering one sentence in the translation process can shift our views on characterization; mistranslating several parts of a novel leads to more a skewed perception of the story, which can impact our views of the themes and social commentary the author is making in their work.  The translator bears this responsibility in this “literary ecosystem”, as Sales put it.  From my interpretation of this, the ecosystem is the make-up of every work in every language, and how those works interact and influence one another.

Competent literary translation is more than having a dictionary ready at your side. In the long run, according to Sales, translation has a role to fill in this literary ecosystem, where that role evolves with whatever languages the novel is being translated into.  Being bilingual isn’t an automatic qualifier for well-translated material either, said Sales. “[Being bilingual] gives you…an opportunity to access [the] meaning of that language, but to bring that text from that language to another culture requires more than just knowing the language.”

This leads into what is called translation theory, which takes on not only the idiosyncrasies of the source language of a novel (e.g. idioms and expressions) but understanding the pulse behind the language in which the source novel is written in.  This includes regarding the author themselves and the era in which they published their novel. Knowing the historical context–political, economic, and social issues–surrounding the novel gives context for a translator to work with and fundamentally grasp the backdrop which this story is being told.

Americans tend to stick to English books and consume less translated material than Europeans.  Yet on the flip side, many American-English and British-English books get translated into other languages, but there is a lack of diversity when it comes to books being translated from other languages into English.  Even then, according to Sales, those books hail mostly from Spanish, French, and German.  Essentially, there is more exporting of English works than importing of works from authors outside of the English language, which blinds us to hidden gems or impactful authors from other countries.

What determines if a book will be translated and distributed to other countries?  Books that are expected to be “potential bestsellers ” will be translated into more languages, as Sales told me.  It’s harsh, but it’s the reality of the publishing business. However, in my talk with Sales, he enlightened me with the steps one can take to expose themselves to lesser-known languages in the world of literary translation.

One step for translators is to work with independent publishers. There are companies advocating for minor literature to be translated into English, e.g. authors popular in their own countries but not known in the English-speaking market. There are also publishing houses specializing in specific languages, like Croatian or Indonesian. Independent initiatives online also advocate for translating minority literature, such as Asymptote, which began as a student-led world literature initiative in Taiwan; making translated sources of different literature (Lebanese, Czech, etc.) more visible to the public.  Asymptote is a community-led initiative; that is, people based in the countries directly work with the literature they are translating and representing. There is also ProZ.com, another community-translation effort, functioning as a glossary of terms from different languages for translators.

With all that taken into consideration, then, how does one go about preventing mistakes in the translation process, or at least accurately representing a different culture? Sales laid out the following:

There’s no other graceful way to put it. “If you want to translate between this language and that language,” Sales said, “then the main requirement would be to know your languages.”

#2 Be Prepared to Research

“A lot of people tend to forget that translation–as with any sort of writing– requires study and research,” he said. Referencing thesaurus still applies to translation, but research can also mean brushing up on other works written by the author to understand their style or other novels written in the same time period to get a better concept of the social and political issues of the time.

“One of the misconceptions of translation is that a good translator doesn’t require a dictionary. But that doesn’t make sense. You’re probably a heavier user of a dictionary.”

“The first time you try translating you will encounter a lot of problems,” Sales said. Tips to help are reading the translation to yourself aloud to see if it’s convincing/makes sense/pleasing to the ear.

Translating can be a lonely, frustrating, and even overwhelming process at times, said Sales. There is the stress of working with deadlines and the book itself never giving the translator feedback when the hit a mental block.  Other challenges include the consistency of words throughout the novel, and words you’ve never seen before.  But as Sales divulged, the intention with translation isn’t to have the right answer right away. “You will develop the translation as you go along,” he said. 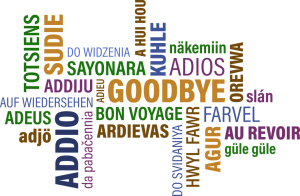 Language is always evolving.  Even with human voice beyond the written text, our perception of the voice varies from context to context, Sales said. Meaning when it comes to recorded speech versus speaking in person, voices are always changing. It’s a spectrum when it comes to translating, whether to domesticate the language, which is to make the text more familiar to your intended audience, or to foreignize it, which is sticking to how the prose is written in source text.

Ultimately, it’s a joint effort.  Translators need to have an intimate understanding of the language which they are translating from, and the language which they are translating into. In turn readers, namely the readers of my own country, should aspire to consume more translated work to support the hard work of these translators and educate themselves on cultures outside of their own.  In a world as connected as the one we live in, there is no excuse to remain ignorant to other cultures, and an entertainment through reading is one of the easiest ways to being that path of opening your eyes to other walks, sprints, and crawls of life.