Unless you have been residing under a rock, you are well aware of the state of the world at this moment. Most of you are probably reading this from your quarantine cell, or home, to put more lightly. I won’t lie; at first, I was excited for my classes to be moved online, and the first two days of lying on a couch scrolling through Tik Toks were amusing, yet it is now Day 21, and I am becoming a bit stir crazy and honestly quite anxious.

The silver lining is that this very well can be the time to do some of the things I’ve always wanted to do, but haven’t found the opportunity to sit down and get done. Well, let me tell you folks, we are all going to have A LOT of free time on our hands during the foreseeable future. What better way to escape our current situation, than delving into literary works we haven’t had the time yet to explore? Below I will be recommending works for different vibes we may be feeling during this time, and hopefully encouraging a way to healthily escape this alternative state of reality we are facing.

These recommendations are for readers who are interested in learning something or two during this time. 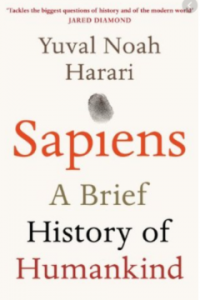 Sapiens covers the vast history of humankind from how humans came into existence, to how we ended up where we are today, and every major event in between. The author, Yuval Noah Harari, explains concepts of technological advancement redefining our cultures, capitalism being the most agreed upon religion, and shocking insights on how humans main advantage is the ability to  create systems based on concepts that have no physical manifestation. This book offers a clear road map of how humans have evolved, and what factors have greatly influenced the course of our ancestors. It is riveting, profound, and leaves readers questioning what new belief systems and institutions will shape the future to come. 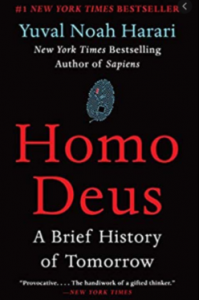 Once learning about all the stages of human evolution, Harari brings forth his next literary work, explaining his predictions and fears of our foreseeable future in Homo Deus. What’s crazy is that in the book, he predicts a pandemic such as the one we currently face. The book in all honesty, is quite daunting in parts as he outlines the ways in which technological advancement could replace the need for human work, the risks of overpopulation, and the power that companies such as Amazon and Google will have. The book lays out supported theories for the route of humans’ future in the 21st century, and places a small burden on the reader as to our part in the world we are beginning to create.

How to Win Friends and Influence People Dale Carnegie 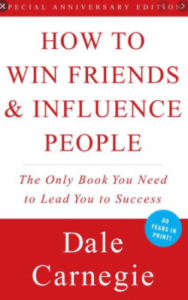 Maybe during this time of ~social distancing~ we can educate ourselves on how to be better at the whole social game for when we return to the real world. The book offers six ways to make people like you, twelve ways to win people over to your way of thinking, and nine ways to change people without making them derive resentment. With the book selling over 15 million copies, and people such as Warren Buffet attributing it to much of his own success, it is a simple and clear way to learn new behaviors to help you succeed in crucial aspects of your own life.

The Brief Answers to the Big Questions, Stephen Hawking 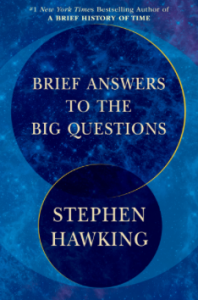 There isn’t much of a better time to delve into some of the world’s most profound questions regarding how the earth came into existence, whether time travel is a possibility in the foreseeable future, the existence of aliens, and many other seemingly daunting topics. Stephen Hawking leaves this book as his last piece to humanity, and expresses his final thoughts on these subject matters in a way that excludes mathematical equations. He breaks down these complex discoveries in a way that is understandable to the reader regardless of a background in theoretical physics, and with no doubt, will leave you amazed by not only Stephen Hawking, but the world around us. 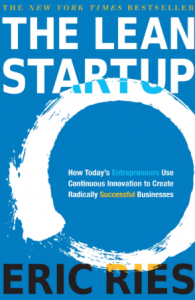 What a wonderful time to delve into a passion project. Although our capitalist society is taking a hard hit right now, it is the perfect time to get the wheels turning on some dreams you may have wanted to turn into reality during the off time. This book by Eric Ries provides a road map of the do’s and don’ts of creating your own business, by constantly referencing real life successes and failures of past businesses. The book also illustrates the way in which a business can start with very little resources, making the process seem all the more manageable and possible for the majority of those who do not have a large sum to initially invest. Ries takes a unique approach to how to create a successful business and leads the reader through a clear set of steps to make any type of dream scalable and marketable.