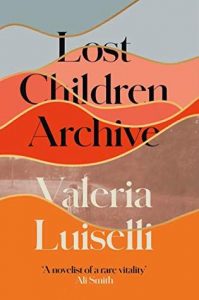 Stories are one of the oldest forms of sharing our lives and experiences. They’re our way of remembering the past while also tracking how far we’ve come and how much farther we have to go. If we laid out all the stories that have ever been told in human history, we could see the beautiful ways the world has improved and also recognize the areas where we can still do better.

Although we’ve made great progress in improving the lives of many people, we still find traces of the things that make this world so broken: racism, sexism, homophobia, xenophobia, the list goes on and on. With so many problems in our world, it’s hard to encompass all of them into one story and to truly grasp the scope and unique issues that come with each one. Despite these challenges, Valeria Luiselli is able to address many of the problems we see in the world today and place them into one story in her novel Lost Children Archive. Through an account of a family’s road trip, Lost Children Archive grapples with immigration, race, and an unconventional marriage through a folksy narrative that follows the family’s travels across the United States.

The novel takes the shape of Luiselli’s life, fictionalizing her own experience advocating for immigrant populations. Born in Mexico, Luiselli was an immigrant herself, who was awaiting the arrival of her green card back in 2014 when she decided to take a road trip to Arizona by the Mexican border with her husband and kids. When she returned to her home in New York, she volunteered as an interpreter at a federal immigration court, which sparked her other well-known novel Tell Me How It Ends: An Essay in Forty Questions.

Lost Children Archive is narrated by an unnamed woman who’s married to her unnamed husband. They have two children: a five-year-old girl and a ten-year-old boy, both from previous relationships. The mother and father are “documentarians” working on a large soundscape project that aims to record the different noises of New York City — car horns, languages, cash registers opening and closing. In Arizona, they plan to do something similar, only this time the mother will work on “a sound documentary about the children’s crisis at the border” and her husband wants to create what he calls an “inventory of echoes” about the Apaches and the “ghost of Geronimo.”

The first part of the novel follows the family’s journey south, building tension within the immigration crisis as they get closer to their destination. With each chapter, it seems as though the stories of children at the border become more pressing. The family gets their information via the car radio where news reporters describe unaccompanied children, some as young as three years old, detained at the border and waiting for a chance of legal accommodation.

During the family’s journey, the narrator describes every aspect of the trip in great detail, even starting some chapters by listing the inventory in each of the seven boxes they carry in the trunk of their car. Luiselli seamlessly and subtly ties together the details of her trip with its greater purpose, carrying with her a book titled Elegies for Lost Children, and even opts to use a paper map instead of her smartphone out of respect for friend’s father whose map business failed after the introduction of GPS navigation. Luiselli is a collagist by nature, and she brings this style to the novel through her references to Jack Kerouac, Ezra Pound, and even Native American folklore. Her borrowing of ideas and traditions that deal with the American Dream and traditions and cultures lost to that dream adds more insight into the family’s travels and hint at themes of unbelonging.

As the immigration crisis becomes more urgent and the family drives onward, so does the relationship between the narrator and her husband. During their long hours in the car, the couple starts to exchange passive-aggressive comments, and the narrator often questions her marriage and what a marriage pact even means to her. Luiselli writes “my husband and I quarrel on our own bed… In marriage, there are only two kinds of pacts: pacts that one person insists on having and pacts that the other insists on breaking.” After a heated argument, the narrator leaves the motel the family was staying at and meets a handsome man at a bar; however, despite the sexual tension, nothing happens, suggesting the couple’s disagreements come more from a place of internal struggle rather than a dislike of each other.

At the start of second half of the novel, the narrator receives a call from Manuela, a woman she assisted in court back in New York. Manuela’s daughters had recently reached the United States and were being detained at a detention center in Texas. She phoned the narrator to tell her that she lost her case and her daughters were due to be deported, but they’ve gone missing somewhere between the detention centers in New Mexico and Arizona. She’s certain the girls are trying to find her and asks the narrator for her help looking for them, which the narrator agrees to. After this exchange, the novel gains some more traction, as the narrator’s journey finally has a more tangible goal: to find Manuela’s young girls. 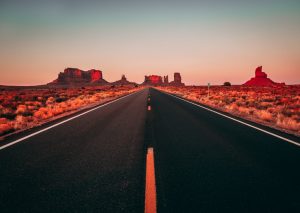 Oddly enough, however, Luiselli hands the story over to the narrator’s children after her story seems to have just taken off. Told from the perspective of the young boy, he decides to run away with his younger sister to show his parents they are just as important as “the lost children” their parents are so concerned about. Sneaking out of a cabin the family is staying in, the brother and sister venture out into the desert and encounter many trials similar to that of “the lost children.” Throughout their adventure, the siblings perish from intense heat and hunger, ride train cars like the children who ride La Bestia, and even get separated along the way.

Even though the brother and sister duo can’t truly tell the story of children like Manuela’s daughters, Luiselli offers a narrative of the lost children through a new perspective, one that seems more authentic than the first half of the book where the adult narrator struggles to imagine the plight of these children. In fact, this part of the novel provides some clarity for the questions the narrator holds onto about her own children if they ever needed to survive such a treacherous journey. “Were they to find themselves alone crossing borders and countries, would my own children survive?” she asks herself while observing her children in the backseat.

While Luiselli crafts a compelling story that concerns both global and personal problems, the most notable aspect in her novel is her sobering perception of America and all that it stands for. Instead of telling the story of a family that drives through beautiful American landscapes, Luiselli writes about abandoned churches and gas stations, describing “fields sectioned into quadrangular grids, gang-raped by heavy machinery, bloated with modified seeds and injected with pesticides” rather than the beautiful mountains and rolling hills. Through this rather gloomy lens of America, Luiselli suggests there’s a sentiment of exclusivity in the American Dream. The United States’ pledge to freedom and opportunity for all people is clearly skewed, and Luiselli’s honest view of America shows how our country is not as great as we often market it to be.

With the United States’ promises of building walls and shutting its borders to people from outside countries, many of whom are fleeing unspeakable danger and poverty, Lost Children Archive is more relevant than ever. What’s truly admirable in this story is how Luiselli addresses so many problems but doesn’t attempt to give us a solution. She acknowledges her own shortcomings and how it’s okay to see problems in the world and not have an answer to them. Through this approach, she’s inviting us into the conversation on immigration and encouraging us to get involved even when we think we have nothing to contribute. Luiselli spends much of the book simply learning and absorbing information, showing how just that simple act is crucial to being informed and understanding what the next steps should be, even if they’re small. By leaving the end of the novel unanswered, Luiselli suggests the story isn’t over yet. Luiselli writes “the only thing to do is tell it over and over again as it develops, bifurcates, knots around itself,” reminding us of the power of learning and informing others.