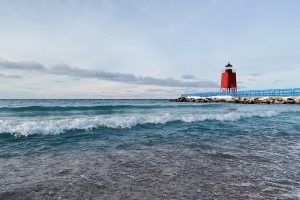 The Great Lakes Theme Semester, Michigan Quarterly Review, and the Hopwood Program are hosting an event titled “From the Great Lakes to the Global Water Crisis: Writers on Water”. The event will be held in the Gallery Hatcher Graduate Library on Tuesday, February 25 from 5:30-7:30 pm. It is expected to host many accomplished writers who have contributed to Michigan Quarterly Review or The University of Michigan in their own way in the past. One of the most notable returning guests is former University of Michigan professor Keith Taylor.

Keith Taylor is an esteemed poet, author, and storyteller. His work has been featured in many news sources and journals throughout the years, including The Chicago Tribune and The Los Angeles Times. His published works have ranged from multiple poetry books and short story sets, but his experience goes beyond writing and also washes over into radio. In 2001 he led a thirteen-week radio program about Midwestern Literature, and to this day continues to read work on the radio as well as other various institutions. His time spent at the University of Michigan was in the English Department teaching creative writing and leading the Bear River Writing Conference. In 2018 when Taylor retired, The Keith Taylor Poetry prize was created in his honor to be given at the Hopwood Awards.

Another featured guest is Anna Clark, a Michigan native and University of Michigan alumna. She grew up in a small town on Lake Michigan, but she currently maintains a home in Detroit where she works as a journalist and author. Her relationship to water, especially its relationship to Michigan, is showcased in her most recent book, The Poisoned City: Flint’s Water and the American Urban Tragedy. Published in 2018, the book takes an in-depth look in the Flint Water Crisis, and was named one of the best books of the year from the likes of The Washington Post and The New York Public Library. She also received the Knight-Wallace journalism fellowship in 2016, where she worked on a project titled “Common Good: How chronic underfunding of American cities imperil residents.”

The other two guests appearing on Tuesday night are Donovan Hohn and Margaret Noodin. Hohn was also a recipient of the Knight-Wallace journalism fellowship in 2013. He has written multiple books, most well-known for Moby-Duck: The True Story of 28,800 Bath Toys Lost at Sea and of the Beachcombers, Oceanographers, Environmentalists, and Fools, Including the Author, Who Went in Search of Them, published in 2011. He is currently an associate professor of creative writing at Wayne State University.

Margaret Noodin is an author, poet, and language teacher. She specializes in teaching the native language of Anishinaabemowin, and is also of Anishinaabe descent. Currently, she teaches English and American Indian Studies at the University of Wisconsin-Madison. Her time at the University of Michigan was spent as the director of comprehensive studies of an Ojibwe language group. Her writing was featured in the 2011 Michigan Quarterly Review, “The Great Lakes: Love Song and Lament”.