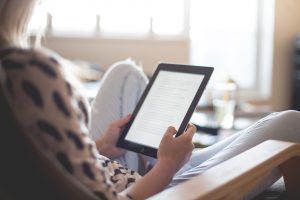 It is arguably one of the most popular categories among readers, piquing interest in young adults and older adults alike. Young adult fiction isn’t technically a “genre” per se, but more of a category, such as adult, or children’s books. In an article titled “Do Teens Get Pushed Out of Books When It’s Called a Genre?”, Kelly Jensen talks about the way young adult novels are defined in the realm of literature. She writes, “A category is who the book is intended for. It’s part of the marketing of a book, as well as a way for those who work with books to quickly ascertain the reader for whom the book would be most appropriate.”

The use of the word appropriate here raised my concern. While the young adult category of books is appealing to readers of all ages, I wonder if that truly equates to being appropriate for all ages. The genres that dominate the young adult world are romance, fantasy, and science fiction — and sometimes they include them all at the same time. And in a world with a young protagonist who might be falling in love while simultaneously risking her life to try to save her city from impending doom, some of the content that comes with that storyline seems very adult for the young adult reading it.

I think about Suzanne Collins’ best-selling trilogy The Hunger Games. It’s a series many of my friends and I enjoyed when we were in middle school, but looking back on them, I can’t help but think about how violent they were. A group of young kids randomly selected in a lottery-like fashion to fight to the death for their district? Not something I want to fantasize about participating in myself. I think it’s safe to assume that the children reading these books could be as young as ten years old, and the thought of someone lacking so much independence reading about a fiction-world where someone their age could go die for their peers is unsettling.

I feel that the appeal of the series is how dystopian it is. The world is nowhere near a situation such as that happening anytime soon. Young adults are at an age of trying to navigate their independence, and the characters in these books go through unimaginable things on their own — and come out stronger because of it. Reading about a young character who discovers things about themselves during a whirlwind of events is no doubt relatable in many ways. I just wonder if so much murder, death, and manipulation is the way to do it.

Another series that falls into my category of “questionable young adult storylines”, is the Divergent series by Veronica Roth. I read this series in high school, and I will confidently say I was OBSESSED with it. They were so captivating and engaging, I was spending any free moment I had reading them.

As a sixteen year old reading them, I felt they were age appropriate. I was someone who was starting to make decisions about my future at a time where I had so many options, so the faction storyline in the series was especially engaging.

For those of you haven’t read (or watched) any of the Divergent series, at the age of sixteen, each person takes a test to determine which of the five factions they fit into, and are ultimately given the ability to choose whichever one they want, ignoring the test results completely if they decide to. But if the faction they choose is different than that of their family’s, they are likely to never see them again. I felt it to be a very intense decision for a sixteen year old. Personally, while I believe myself to be very self-sufficient, I could not imagine a life without my family — especially at such a young age.

While I was reading them at sixteen, my little sisters started reading them in middle school. Despite the fact that I thoroughly enjoyed the series, looking back I am reminded of how much violence, competition, war, and death they contained. It would be ignorant of me to think my sisters weren’t previously exposed to these things, especially just watching TV or sitting in a history class, but reading something that is designed for young adults — which I consider thirteen-year-olds to be — with so much of this depicted in a romanticized way is, really, kind of crazy.

What baffles me even more is the Twilight series by Stephanie Meyer. I read three of the four of this series in fifth and sixth grade. Looking back, I probably should not have been reading them, and I don’t doubt that much of the content flew over my head. My mother, however, did make me wait a year to read the last book in series; the one where things got a little too raunchy for an eleven-year-old.

Although it has been more than ten years since I have read the series, after recently binging the movies with some friends I am reminded of how problematic the books truly are. The main protagonist, Bella, quickly revolves her life around her male-vampire-lover, Edward, and their relationship seems to romanticize an idea of control and dominance from Edward onto Bella. There is a love triangle, violence, drama, sex, and complicated relationships.

A book about vampires and werewolves will inevitably have violence. And although the violence ranges from decapitation to burning, it is predominantly done by a fictional and fantasized creature. The violence, however, is what I believe to be the least concerning part of this series.

I am reminded of the scenes where Edward watches Bella sleep without her consent, and Bella is less disturbed than she should be. Or when he tries to control her or tell her what to do — and while she stands up for herself to an extent —  Edward still has more control in the relationship. The relationship between the teenager, Bella, and the visually-teen-but-really-is-100-years-old Edward is problematic and depicts a toxicity between romantic partners to young readers.

The defined age range for the young adult fiction category is not quite clear, some arguing it begins at age sixteen and others arguing it begins as young as age twelve. The gap may only be four years, but I think about what I was like at twelve and what I was like at sixteen, and the things I was thinking about and reading about were very different. The category a book falls under — adult, children, young adult — does not define who is “allowed” to read it. But in certain cases, maybe it should.

There’s a reason “approximately 55 percent of today’s YA readers are adults” (Kitchener, 2017). In an article published in The Atlantic, Caroline Kitchener writes about why so many adults love young adult fiction, from adult readers themselves. She highlights five main factors: coming of age stories, the feeling of experiencing things for the first time, there’s more to them than escaping to a different world, they’re actually well-written, and mentioning that much of the YA fiction category can be credited to Harry Potter.

Young adult fiction is still growing and changing. There is still no clear definition of what it means and who should read it. Not all young adult fiction is “too adult”, but not all of it is appropriate for twelve-year-olds either. While my opinion that young adult fiction can oftentimes be too adult, it is just that, an opinion, and I think it can be challenged. Even children’s books contain questionable amounts of violence, and any genre of book can be considered problematic.

I think the category of young adult fiction is complicated. Some books may be too adult, and some may be too young. But at the end of the day, the reader is the determining factor in what they choose to read and how they may choose to define it.