UBUNTU, “I am, because we are” – Barger Leadership Institute
Skip to content

This year, the African Students Association (ASA) at the University of Michigan looked to Southern Africa for inspiration for the theme of their 21st Annual Culture Show, Ubuntu. Ubuntu loosely translates to, “I am, because we are” in the Zulu language of South Africa. The culture show took place March 15th, 2019 from 7-9pm in the Michigan Theater.

The theme Ubuntu was expressed through four different scenes: society, community, family, and individual. Each scene incorporated fashion and performance. For the fashion component of the show, students from U of M in Ann Arbor, as well as students from Eastern Michigan, modeled clothing from different regions of the continent. Clothing included floor length skirts, dresses, pants, and more! Under the leadership of ASA’s model coordinators, students perfected their walks through weekly practices on campus.

In addition to stunning model scenes, the show featured a variety of performances. In the scene community, there were two performances. First, Bichini Bia Congo Dance Theater Company, which performs Congolese dance, graced the stage with two dancers and one drummer. The troupe was found by Jean-Claude Biza, an instructor at the University of Michigan School of Music, Theater & Dance. This scene also featured the Michigan Gospel Chorale, who sang the song, “Siyahamba”. Their melodious performance left attendees in awe. 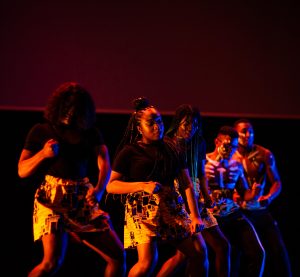 In the scene family, the Amala Dancers performed, which has consistently been a crowd favorite. ASA is especially grateful for Amala Dancers, because they have performed at numerous ASA events, including Our Global Africa and Charity Ball for the 2018-2019 school year. Finally, in the individual scene, there was spoken word as well as ASA’s first solo music artist, Asante. Aldo Pando Girard during his spoken word piece touched upon his multiple racial identities and Asante sang about his Ghanaian background. Asante is a University of Michigan alum. 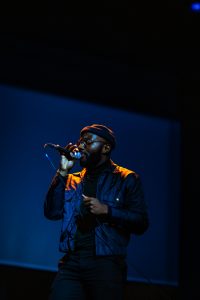 Overall, ASA’s executive board members are happy about the outcome of the event. The event would not have been possible without all of the students involved, and generous financial support. We want to express our gratitude to Barger Leadership Institute (BLI) for financial support, as well as a framework for developing leadership habits throughout the event planning and execution. 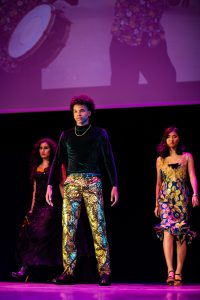 One habit that we extensively utilized was Collect, Combine, and Create, in order to assemble different elements of the show into a cohesive, vibrant evening of culture for attendees. For example, board members on the fashion and styling committees collected fabrics originating from different countries and combined them in ways unique to each model. Also, members on finance committee combined different specialty items into bags for our VIP attendees. The biggest items were bags of plantain chips from Frita Batidos, which were secured via email with the manager. BLI’s emphasis on professional development translated into professionally reaching out to the manager inquiring about sponsorship. Thus, the impact of BLI on ASA members’ growth was not confined to leadership.

One habit that we wish we utilized more was expect challenges. Although we knew having the show the Friday after spring break would bring challenges, there were more challenges than we expected. These included coordinating performances, given many students could not make dress rehearsal because of class, attracting students, and stage managing during the show. Nevertheless, reflection upon what went well and what did not go well is invaluable information for ASA’s next executive board. 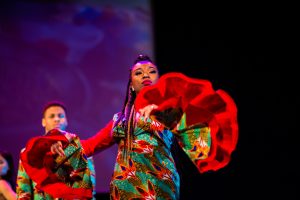 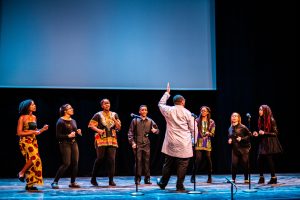 We would like to acknowledge the following performers, as well as provide links to more photos and a video of the show:

Overall, we were extremely pleased with how the show came together, and are excited to see what the next executive board has in store for the 22nd Annual Culture Show. Thank you again BLI for your generous support, and we look forward to working with you in the future. 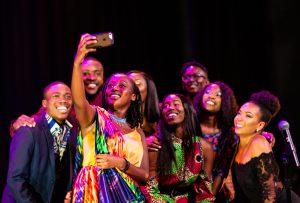