This past May, I taught English in Phnom Penh, Cambodia for four weeks through a non-profit called UBELONG. This was my second time volunteering through UBELONG because I sincerely ascribe to its service philosophy, with its deep commitment to long term initiatives, for a lasting impact that is achieved through a sustained stream of temporary volunteers collaborating with local agencies, in full respect of the local cultures. In addition, I value education, cultural exchange and opportunities to practice leadership, which is what led me to experience them in a new context. I had learned about Cambodia’s recent dark history during the Khmer Rouge’s genocidal rule before, but we also learned about it again during the volunteer orientation. As a foreigner, it felt necessary and even humbling to learn about the history that has affected everyone in Cambodia and has left lingering effects on the country’s economy, healthcare and education. I felt I was interacting with a vulnerable population but I was happy to learn from my students and allow them to interact with someone unlike themselves. It taught me the importance of having context when getting involved with something I am unfamiliar with so I can better understand what my role should be.  Therefore, humility was an important trait for me to have while I interacted with the local population, in addition to having compassion and empathy for those I interacted with.

I was the primary English teacher at a family and church-run school where I taught for two hours in the morning where I had a multiage class of 15 students—ages 6 through 12—and two hours in the afternoon with five more advanced students. 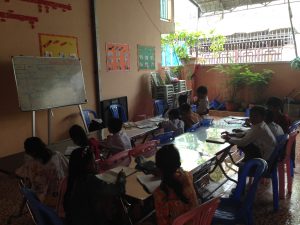 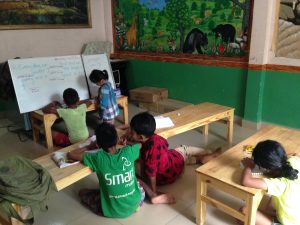 I was responsible for planning and executing my own lessons each day. In between the classes during the lunch break, I would either play with the family’s children and other children who did not go home during the break or help set up for lunch. I volunteered in a poor neighborhood and the family ran their small school and free lunch program for the local children in need. I look back on my own childhood and feel privileged for the services and resources I had access to in comparison to my students who live in run-down homes, often came to school in the same clothes, and have poor health and few toys.  Having said that, the people were some of the friendliest and most grateful people I have ever met, showing me the power of a welcoming culture. Cambodians call those who are close to them “brothers” and “sisters” and I felt special and included in this larger idea of family. In the future, I will strive to make others feel as welcomed or needed as I felt with the local community. 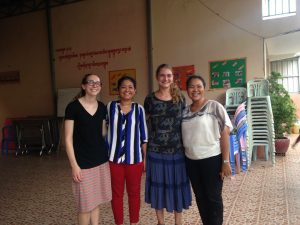 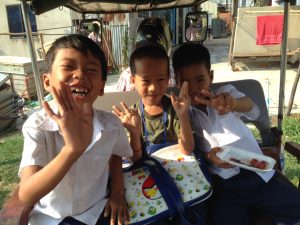 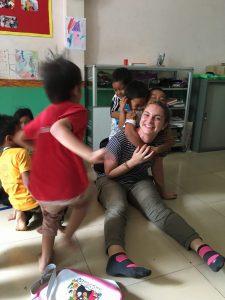 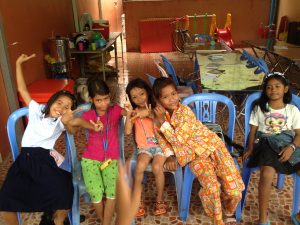 The biggest challenge overall was the language barrier since it made keeping the attention and respect of my students in class difficult. The second was realizing that my students did not know the alphabet and due to the large age range, students had varying abilities in English. This encouraged me to have engaging lesson plans that would familiarize them with the content and cater to their energy levels. I eventually learned what realistic goals were for my younger students and how to challenge the older ones. However, in addition to humility and creativity, adaptability and patience were the two most important traits to have while being a leader and teacher abroad. Classroom dynamics would change on a day-to-day basis so even if I had a schedule planned, I would have to adapt a lesson on the spot; with the communication challenges and challenges my students had to learn the language, I learned to be adaptable and patient in order to remain calm in stressful or aggravating situations. I was exhausted at the end of the day and have a whole new appreciation for teachers and their dedication to their work. It takes an incredible amount of time, energy, and passion to be a good teacher and I believe I lived up to those standards during my time in Phnom Penh.

My students loved dancing to the Macarena, so we’d often end the day with it. This video makes me miss them so much!

Also, I cannot leave out that I definitely took advantage of exploring the country on the weekends. Some other volunteers and I visited Sihanoukville, a beautiful beach town, Siem Reap, a touristy but culturally rich city where you can see the famous temples like Angkor Wat, and Mondulkiri, which was in the peaceful country side. 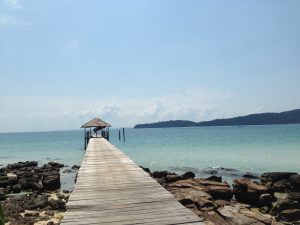 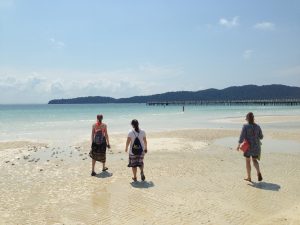 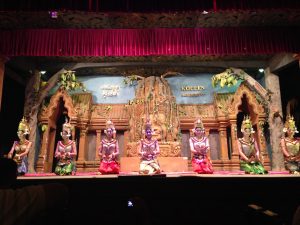 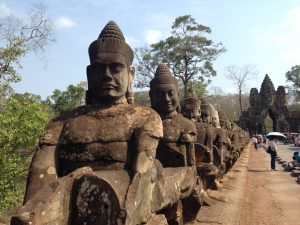 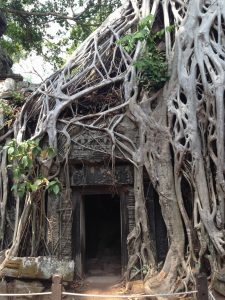 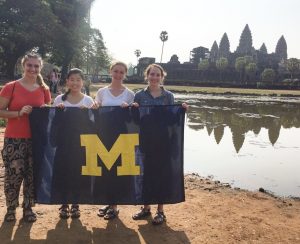 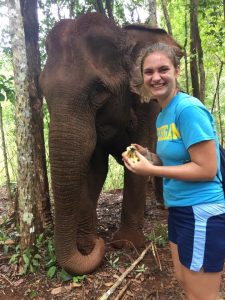 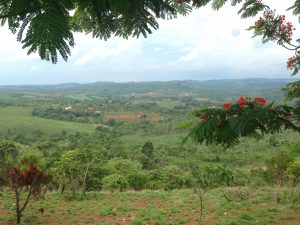