Pantanal is the largest wetland in the world, where Pantanal Partnership travels to implement sustainable technology.

While in Brazil I learned that culture plays a big part on roles, especially in terms of gender. In the community where we installed the solar-powered refrigerator, women were in charge of cleaning and cooking, whereas the men were responsible for protecting, constructing, and providing for the household. This did not affect who or could not be a leader but where someone could take a leadership role.

Therefore, when installing the solar-powered refrigerator system the men of the community helped construct the platform for mounting the solar panels and maintaining the technology system. Whereas, the women filled and organized the refrigerator to their liking since they were responsible for cooking all the meals.

In addition, their culture affected who they perceived as the leader of our team. Rianna was the technical leader of the team. However, when any of the community members had quest 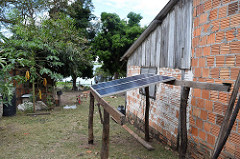 ions about the system, they would ask Guillermo. Guillermo could usually not answer the questions without consulting Rianna first. Rianna and Susan (another technical leader of our team) would even try to explain the system with the men of the community. However, the men tended to trust the men on our team more. This is because it is more common for men to be more technically knowledgeable than women in their culture. Thus, it is hard to be a technical as a woman in their culture without taking great leaps of earning their trust and respect.
In the future, I will keep in mind the gender roles in a community where I plan on implementing technological systems. I can strategize ways to gain members trust and maybe encourage the men on my team to encourage the community members to trust the women leaders on the team. 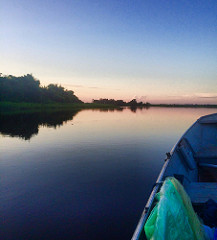 As a leader, I tend to want to help with everything. It is not because I want to do everything but because I want everything done correctly. However, micromanaging is not a quality of a great leader. Therefore, during this project, I have learned to trust my team members. This not only made my job easier but encouraged others to take the lead.

Additionally, as a leader, I was able to instill confidence in my team via trust and letting them lead parts of the project by themselves. Eventually, they will not need my guidance and will be able to be leaders of future Pantanal Partnership projects.

Bridge between Leadership and Teamwork

Leadership evolves when teams are formed. Teams naturally have members that have varying strengths that are constantly evolving. A team member will become a leader when the strength plays a key role in the accomplishment of a task.

Susan had a brilliant idea of making the solar lanterns more user-friendly. She gathered the team together along with the necessary supplies to make the adjustment. After explaining her idea, the team was able to provide further input and work together to make the technology easier to use and maintain for the communities.