Paani is a 501(c)3 non-profit my peers and I founded that aims to improve sanitation issues occurring within Pakistan by creating a space for innovative solutions and educating local and international communities. On January 1st, two of my good friends and I were brainstorming ways that we could create an educational event regarding the intersectionality of the global water crisis. We wanted this event to be educational but also engaging and empowering. From my personal experiences, many events like these carry a format where there is first a lot of talking about an issue and then soliciting some sort of donations. What I typically see with these events, is that people will go there with a more supportive mindset, instead of one framed by excitement for the event. We wanted to change that, so we needed to have something that got people excited to go to this educational event. Which is why we decided we were going to have a culture night.

This was an event that we were excited for because we were going to bring together eight different countries of people – Pakistanis, Bangladeshis, Persians, Jordanians, Iraqis, Egyptians, and Lebanese. These 8 countries suffer from serious sanitation issues. Millions have died as a result of these inhumane conditions, but billions have become desensitized to these tragedies, just as the victims have become dehumanized. To make it engaging, instead of being an informational event, we were going to combine the engaging aspects of social and educational aspects of an info session to make a hybrid social advocacy event. The goal of our event was to advocate for two things, the first was to talk about the sanitary issues that have been occurring in these areas, while the second one was to raise awareness of the beauty that these cultures all carry. What we got, was an event where we would first talk about the intersectionality of the global water crisis and then showcase different aspects of these cultures, in a social environment that connected people. This would make it, so people could sample what makes a particular culture so beautiful, and escape the negative perceptions they may have about it. 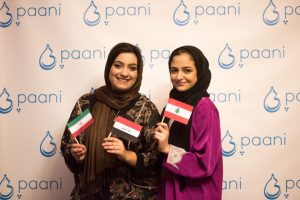 The event that we got was close to what we anticipated. Except for the challenges. People started pouring in around 7:30 as we expected, there were dozens and dozens of people, some in cultural attire some not. Some people were more social, some people weren’t. These were all the things that we were expecting. Some of the things we were not expecting, was for the microphone system to be a bust. The audio system was very weak, and the social environment hindered the attention spans of our audience, so they didn’t seem too enthralled with listening. It was frustrating because the goal of the PowerPoint and presentation was to unify everyone over the sanitation crisis. The cultural immersion experience was supposed to be more supplemental. This was probably the biggest challenge we endured, as our message may have been lost to some. 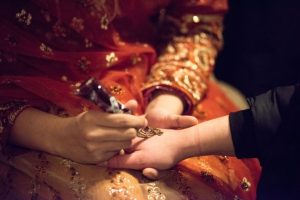 Aside from that, I think the event was a success because of how many people came together and how many people that had a terrific time experiencing different cultures. It took away any sort of stereotype that people may have a certain culture for one night because it put us all on the same platform. We had dances from Yemeni and Iraqi Student Associations. We had Henna from Bangladesh and India. We had Persian students who told us that they were glad they were invited to an event that encompassed their region, because they had generally been left out of these events, despite suffering from many of the same adversities. The fact that we were able to come together on this common struggle was a great experience. 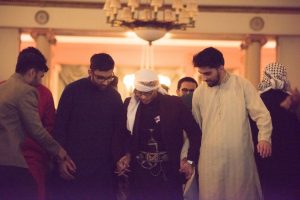 Moving forward I think the biggest thing we need to do is try to accommodate a wider venue, incorporate more cultures, provide more activities that showcase the immersion, and really just try to hit very hard the point of unity and how we’re coming together to highlight this issue.

One thing that I really hope that I can instill in people that are reading this post, is if you have an idea, go after it. Most of the time, there are people at this University who share the same passion and vision that you do. If they don’t, they probably have some ideas that you can integrate into yours. The unlimited resources and tools that U-M has to bring people together, in addition to the sheer amount of outreach that the university offers, is something to maximize in your four years. We took an idea and were able to bring together hundreds of people, and raise awareness about an important issue.