On Friday, December 1st, our group hosted Bridging the Gap — a night of discussion, pizza, and puzzles. We intended to have a discussion with 30 people, talking about events and working on puzzles. We hoped to work with more stakeholders and to reach out to conflicting groups on campus to get diversity of opinion in participants. Due to time constraints, we were unable to collaborate with most of these groups. However, we do feel that the event was a success. Although we did not have 30 people attend, the fourteen who did enjoyed the event and said they would be interested in attending a similar event in the future. 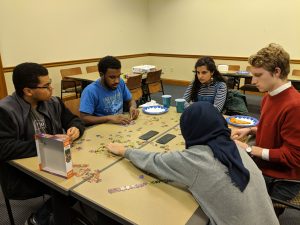 The three BLI values that were essential to our project were Value Difference, Always Ask, and Collect, Combine, Create. Valuing difference was the driving force and focus of the initiative. Every participant and facilitator brought different opinions and experiences to the table, and we learned from those differences. One of the phrases within the Value Difference habit is “let discomfort inspire,” which is what we strived for in our project. We also asked existing groups on campus to learn from what they had to offer. Some of our original plans already existed on campus, so we wanted to learn more about how to create a unique but salient event for students. In this way, Always Ask was a byproduct, as we learned to ask for feedback and gained experience creating a new project on campus. We discovered that our first set of ideas were fairly similar to the work that other groups are doing on campus, such as We Listen. Programs like Intergroup Relations have a similar focus in that they try to encourage dialogue between those with different life experiences who may not see eye-to-eye. We collected the gist of their work and combined them with our own ideas for creation. 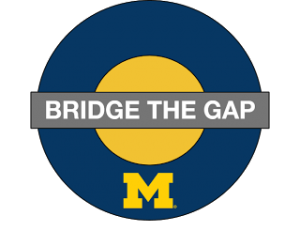 The challenge we faced was reaching out to stakeholders and participants. We contacted stakeholders on multiple occasions, but only one responded. They were unable to assist us because of a more pressing matter. We managed because the team remained flexible. We also focused on bringing people from our own circles rather than the general U-M community to ensure participants showed up. Of course the event remained open to the general public, but the direct invites are what proved successful.

Our group works well together, and we are respectful of each other’s opinions and differences. The biggest issue we would want to address moving forward is availability and responsiveness to meetings outside of class. Each person in our group was busy during the weeks of the Leadership Lab, which made it difficult to schedule meetings that each member could attend. Sometimes when we had meetings scheduled, we ended up not being able to meet due to other commitments. Prioritizing meetings and working on better communication would be significant changes that would need to be made to improve the success and functionality of this group going forward.

Some lessons that we learned include that planning an event takes longer than expected. It is important to advertise an event on campus and to plan ahead in order to do so. We should have applied to the BLI small grant earlier, in order to receive funds early enough to make flyers and put them up around campus. We evaluated the success of our project via the number of attendees, the organization of the event, as well as the flow of dialogue. All of these variables were exceptional, and overall the event went well. The number of attendees was perfect for our first event, but from here on we hope to reach larger numbers and connect with other groups with different mindsets.