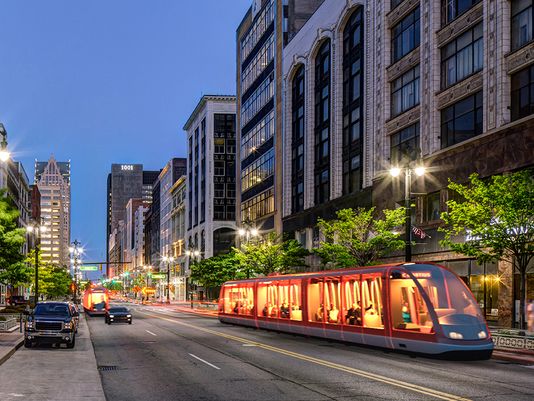 You may have noticed the construction, heavy traffic, and loud noises, along Woodward Avenue. This project, known as the M-1 Rail, will consist of a tranportation system that will operate on Woodward Ave, Gratiot Ave, and Michigan Ave. The problem in Detroit and Metro Detroit is that the transpiration system sucks, it’s very inefficient, but the RTA has plans to improve it. Right now it would be very difficult to get from Detroit using DDOT, and to a neighboring suburb using SMART, or AATA,  because the two systems do not operate together. Detroit spends $84 per person on transit, most major cities spend $184 per person, so there is clearly room for improvement.

Another way that the city plans to improve its’ transportation system is through a fare card. The plan is to make a unified card, which would allow users to pass between bus and train more efficiently. There is already a unified card that will allow passengers to pass from DDOT to SMART, but it needs to be taken a step further. Most cities already have a system like this in place. The technology would enable passengers to use smartphones as well, for their fare card.