Who Are The Real City Leaders? – Detroit Community-Engaged Research Program
Skip to content 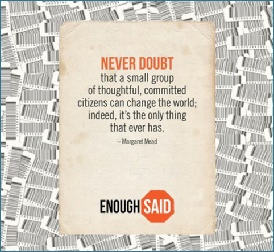 For this week’s post, I’ll be reacting to an article I stumbled upon yesterday regarding one community’s desire to bring closure to the thousands of women whose rape kits remain untested by the City of Detroit. Though the city received state funding to test approximately 11,341 untested rape kits that were discovered in a DPD storage facility in 2009, the funds have since dried up, and the city is in need of further funding to eliminate the backlog. The evidence collected in a rape kit from the victim can aid in the criminal rape investigation and the prosecution of a suspected rapist.

Here is a link to the article I will be referencing: http://www.detroitnews.com/story/news/local/detroit-city/2016/06/28/men-raising-money-rape-kit-tests-detroit/86462046/

As I read this article I couldn’t help but feel disheartened by the fact that the City of Detroit, the State of Michigan, and the Federal Government have been able to place such a monumental injustice on the back burner. How is this still an issue? What could possibly be more important in the eyes of “city leaders”? And with that in mind, I thought: If “city leaders” fail to act, then who are the real city leaders?

As heartbreaking as it is to realize that the city has not confronted this injustice in its entirety, I suppose the silver lining lies in neighborhood efforts to tackle the problem. As the quote goes, “Never doubt that a small group of thoughtful, committed citizens can change the world; indeed, its the only thing that ever has.”

The article above highlights the efforts of dozens of men who are working to raise money in multiples of $490 – the cost of testing a single rape kit. Small community advocacy efforts like this are often the biggest drivers of change. These men and women working to do what is right for their brothers and sisters in Detroit. These men and women are the real city leaders.

1 thought on “Who Are The Real City Leaders?”